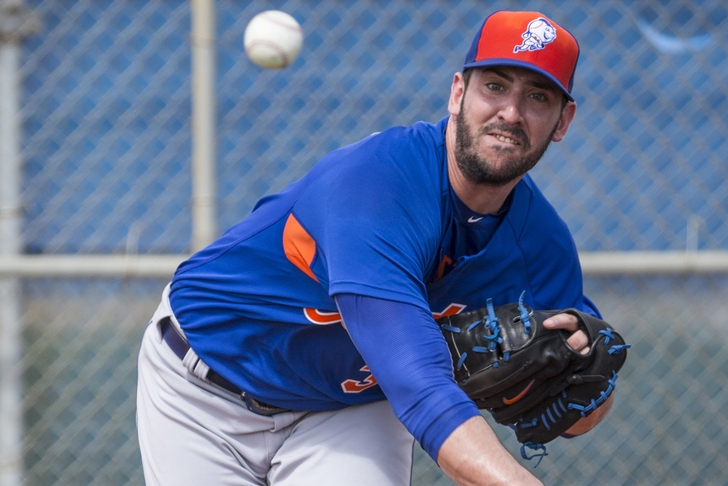 The 2015 New York Mets just feel like a different team than in recent years, with a sense of pure optimism emanating from the confines of Citi Field. The season may only be just over a week old, but there's plenty to be gleaned from the small sample size of the Mets' season so far. Here's our list of 3 Things We've Learned So Far About The 2015 New York Mets.

We knew the Mets' starting rotation was deep heading into the 2015 MLB season, but the entire staff has answered the bell with an even more statistically impressive start than most prognosticators saw coming. Whether its the Matt Harvey effect or anything else you want to call it, New York's pitching is in the MLB's top ten for team ERA (2.79, 7th), opposing batting average (.22o, 7th), WHIP (1.06, 5th), and perhaps most importantly to the staff's season-long health, least pitches per plate appearance (3.70, 7th).

The quicker Mets pitching can dispose of opposing hitters in the season's early months, the fresher they'll be come the August/September stretch run.

2. The Lucas Duda Show Has Been A Treat

First baseman Lucas Duda is off to a torrid start, leading the team in total bases (24) while coming into Friday's action tied with Travis d'Arnaud for the team lead in RBIs (8). His 1.071 OPS is sixth in all of Major League Baseball, and his presence in the heart of the Mets' batting order has helped the team shrug off some inconsistency from other key names up and down the lineup. If the Lucas Duda Show is set to take off at Citi Field, we'll be more than happy to watch the storyline unfold.

Let's be real -- there's not a single pitcher in all of Major League Baseball who elicits as much pure baseball joy from fans both in the stands and in the Twitterverse like Matt Harvey. Whether he gives up zero earned runs or ten (and/or anything in between), Matt Harvey Day is the closest thing to a weekly holiday as diehard baseball fans are going to get in 2015.

Not since Dwight Gooden mowing down National League hitters with pure fire during the mid-to-late 80s has a Mets pitcher captured the baseball zeitgeist like Matt Harvey has.

MUST WATCH: This 2015 New York Mets Hype Video Will Give You Chills