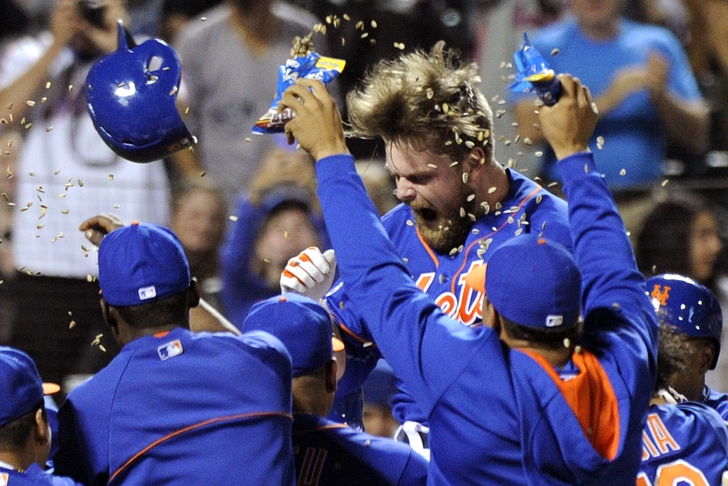 It's hard to find a more divisive team than the 2015 New York Mets among baseball analysts. Some point to the 2014 team's inconsistency as a sign of things to come this season. Some look at the team's deep starting rotation and positive run differential in 2014 and see playoffs in the Mets' future.

Will the Mets prove their critics wrong? Will it be another frustrating season of "what if's?" Here's our 3 Bold Predictions For The 2015 New York Mets.

3. Matt Harvey reintroduces himself to the nation

Harvey was on the shortlist of must-see starting pitchers of the 2013 MLB season before heading under the knife for Tommy John surgery. While he'll likely be on an innings limit in 2015, a healthy Harvey will be a dominant Harvey -- headlining a starting rotation that has the makings of one of baseball's besst. No one stands to benefit more from a healthy David Wright and the potential returns to form of Curtis Granderson and Michael Cuddyer than catcher Travis d'Arnaud. The 26-year-old picked up the pace in 2014's second half, and has the potential for 20-25 home runs this season if the hitters around him stay healthy and help get him big, fat fastballs to hit.

1. The rotation will push the Mets to the season's final days..

..but the Giants and Pirates will find a way to secure the National League's two wild cards. The questions surrounding shortstop and a deeper-than-advertised National League (along with a Washington Nationals team in the NL East that has 100 wins written all over them) will be enough to hold off the Mets in the season's final week...but it'll be one hell of a ride and enough to spark major championship aspirations in 2016.