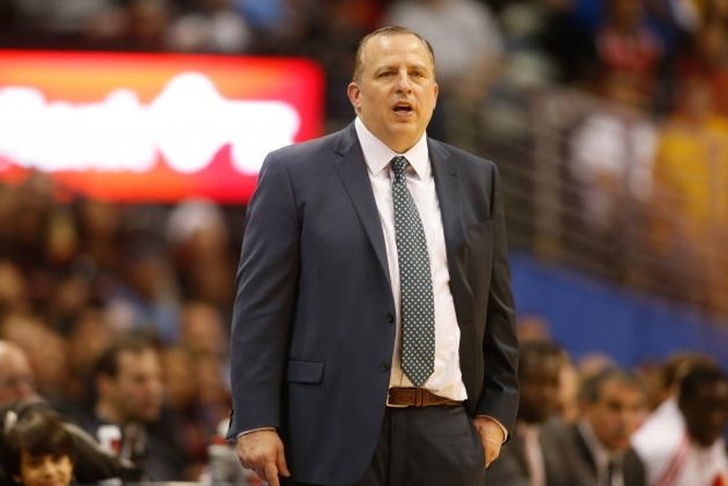 The New York Knicks made the unexpected move of firing head coach Derek Fisher early Monday morning, but it appears they already have their sights set on former Chicago Bulls head coach Tom Thibodeau as the guy they want to replace him.

Source close to Tom Thibodeau: "The #Knicks are the job he's always wanted. He would crawl to Madison Square Garden."

Another important note: in Chicago, Thibodeau ran an offense that had many triangle characteristics. Easy to see him in NYC.

Thibodeau served as head coach of the Chicago Bulls from 2010-2015, leading them to three 50-win seasons in his five seasons with a 255-139 overall record. Chicago made the Conference Finals in Thibodeau's first year, but failed to advance past the Conference Semifinals in each of the last four seasons, which caused the Bulls to fire him.

Assistant Kurt Rambis is taking over as the Knicks interim head coach, but he is not expected to keep the job on a permanent basis.

Fisher took over as head coach of the Knicks last year, and led them to a 17-65 record, which is the worst record in team history. New York ranks 12th in the Eastern Conference with a 23-31 record so far this season, and have lost nine of their last 10 games.