What's Elfrid Payton's role for the Knicks in the playoffs? 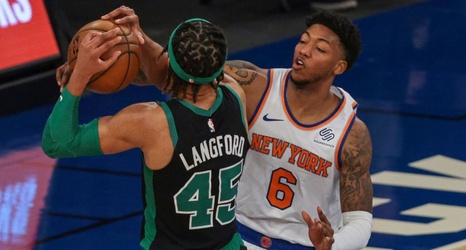 Celtics guard Romeo Langford drives to the basket as Knicks guard Elfrid Payton defends during the second half of an NBA game at Madison Square Garden on Sunday. Credit: AP/Vincent Carchietta

One question certainly facing the Knicks entering the postseason: What is going on with Elfrid Payton? The Knicks point guard, who has been the starter in every game he has played, has seen his minutes reduced and his production has dissipated to where he is running a negative in his time on the floor.

Payton was 0-for-4 from the field with two turnovers in less than 14 minutes of action in Sunday's 96-92 win over the Celtics.