What happened after Knicks fan won $1,000 in scratch-offs 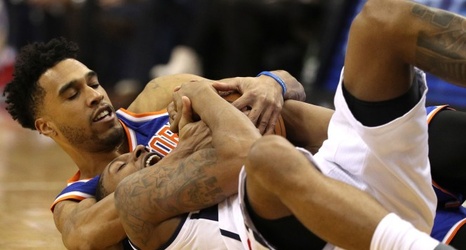 The Knicks’ half-court shot contest went much like their free-agency plans last summer: a mediocre prize that turned out to be less than advertised.

Anthony Peterson drained a half-court shot Friday night at the Garden and his reward was $1,000 in scratch-off tickets. Just a few days after a fan in Los Angeles won $100,000 for the same shot at a Lakers game, Peterson was left having to scratch off about 200 tickets, only to find out his real prize was $500.

“Well, when they said scratch-offs I instantly got a headache because I was going to have to scratch them all off,” Peterson told The Action Network.