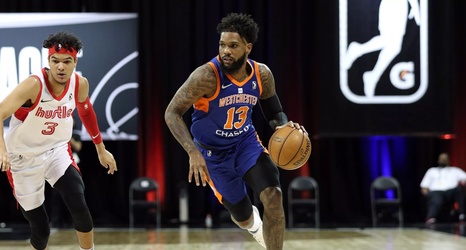 After the Memphis Hustle scored the first six points of the game, the Westchester Knicks went on a run of their own (12-2) behind six points from Louis King. Both teams kept it close in the first quarter, as Westchester held a one-point lead, 25-24, after 12 minutes of play.