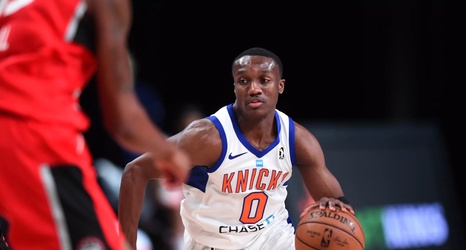 After both teams combined for 16 total points in the first six minutes, the Westchester Knicks turned it up in the final portion of the quarter. Westchester went on a 12-0 run behind four triples made (two from Myles Powell and one each from Jared Harper and James Young). The team shot 46.2% from three and totaled 23 bench points in the first 12 minutes.

While the Knicks held a nine-point lead after one quarter of play, the team continued their strong perimeter shooting in the second half. The team shot 6-11 from beyond the arc in the second quarter, while maintaining a 50 percent three-point percentage at the half.