Three Westchester Knicks who could earn an NBA call-up 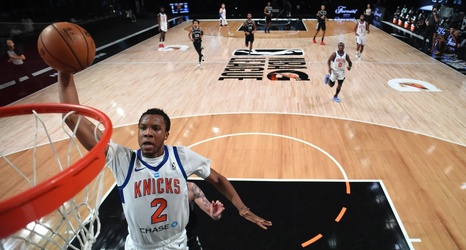 While the 2020-21 season was only 15 games, there were several players that performed well and made a great impact with the Westchester Knicks. These Knicks excelled on the court and could make a contribution to a NBA team with the skills they possess. Players excelled with their perimeter game, while others made an impact with their defense and hard work on the glass.

Here’s a few Westchester Knicks who could potentially get looks in the NBA.

Entering his second professional season, Tyler Hall continued to show that he is a sharpshooter from deep.