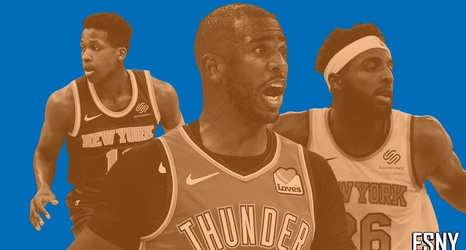 Once the NBA regular season officially ends, the New York Knicks will tip off perhaps their most important offseason in several years.

The Knicks are slowly but surely closing in on becoming contenders for a low Eastern Conference playoff seed. A cautious but aggressive offseason could propel them to that type of spot.

In new president Leon Rose, the Knicks employ a former agent who has connections with players that previous New York leaders haven’t possessed.

This shouldn’t just help them in free agency, but additionally in the trade market. They could excite players into pushing forward trades to the Big Apple.