The Porzingis caveat that could block a Knicks-Kawhi trade 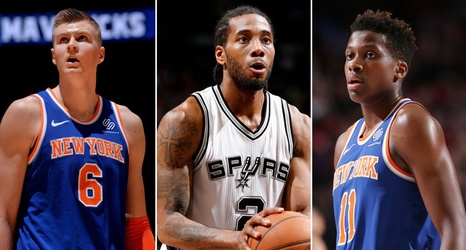 According to sources, Knicks brass was interested in pursuing Spurs forward Leonard as a free agent in 2019. But now it looks like Leonard could hit the trade market after a series of reports stated he wants out of San Antonio.

While the Knicks would have to kick the tires, as they still don’t have a starting small forward on their roster, it seems unfathomable to include Porzingis in a deal for a player who has had serious knee/quadriceps issues the past two seasons.