The New York Knicks landed a steal in Immanuel Quickley, here’s the proof 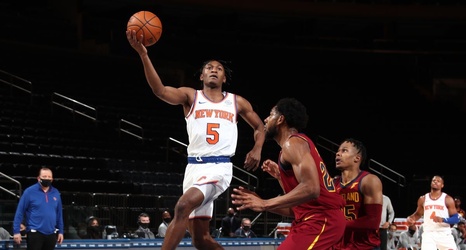 Every time you watch New York Knicks rookie Immanuel Quickley lofts a floater into the basket, remember that 24 teams passed on the Kentucky guard. When the Knicks originally drafted him, most were perplexed at the idea, considering he was mocked as a second-round pick.

Ultimately, Knicks’ coach Kenny Payne played an instrumental role in convincing management that Quickley could be a star for them at the next level. During his final year with Kentucky, he averaged 16.1 points, 1.9 assists, and .428% from three.

Quickley contained a plethora of tools the Knicks were looking for in their next point guard, but they didn’t expect him to irrupt onto the scene so fast.