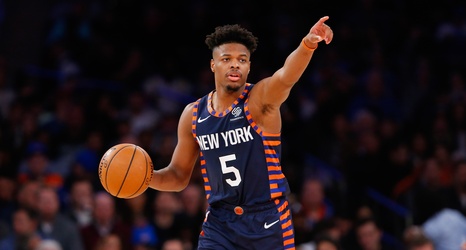 The New York Knicks came away victorious against the Miami Heat at MSG on Sunday, January 12th. The Knicks were playing from behind most of the game, however, the home team bent but didn’t break against Jimmy Butler and the Miami Heat on the Madison Square Garden floor.

The Knicks scored 72-points in the paint compared to Miami’s 46-points in the paint. Knicks also came away with 11-steals compared to Miami’s 2-steals. Both teams shot 82.1% from the free-throw line which shows improvement for the Knicks. However, the Knicks did struggle from three-point land hitting only 9-31 three-point field goals while Miami capitalized on 14-35 attempts from downtown.