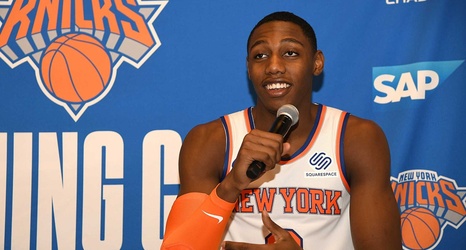 Fizdale said he’ll “probably be tougher on RJ. I think this team is more talented, I think we have more guys he has to fight with to get those minutes. But I think the kid is up for it. I think he’s the kind of competitor that embraces it.’’

Despite being taken third overall, Barrett could be in a dogfight for the starting shooting-guard position.