The Knicks have extended the contract of GM Scott Perry 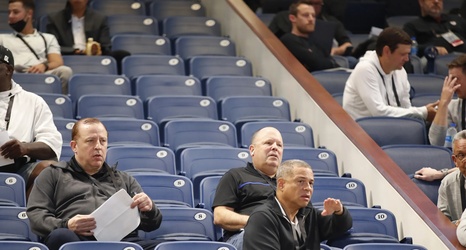 The Knicks pulled a move Thursday afternoon that once would have seemed like an unconscionable betrayal just a year ago, extending the contract of general manager Scott Perry.

The New York Knicks are signing GM Scott Perry to a contract extension, sources tell @TheAthleticNBA @Stadium. Perry was on an expiring deal after being hired by New York in 2017. He led the signing of Most Improved Player of the Year Julius Randle in 2019.

The extension for Knicks GM Scott Perry is for multiple seasons, per SNY sources.