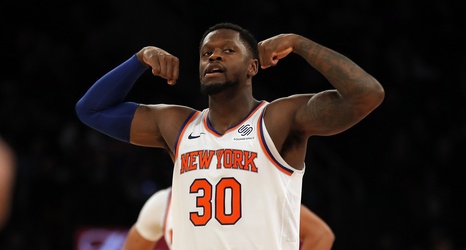 There were a lot of rumors swirling for the New York Knicks before the trade deadline. All the rumors are usually just rumors but they pulled the trigger on one trade, Marcus Morris.

The Knicks were able to get a first-round pick for Morris as well as Maurice ‘Moe’ Harkless. That was the only trade for the Knicks. However, there was one trade that people internally within the organization wanted.

According to SNYs Ian Begley, here this gem of a trade. The Knicks would send Julius Randle, Dennis Smith Jr.