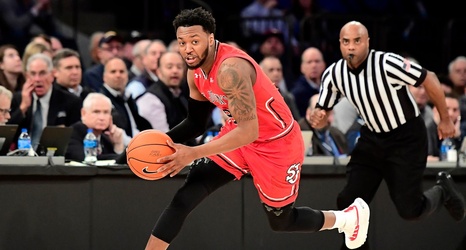 CHICAGO — St. John’s star guard Shamorie Ponds was supposed to work out for the Knicks last spring, but a conflict arose with another NBA team and he never got the chance.

Disappointed by his reviews, Ponds wound up pulling his name from the draft and going back to St. John’s for his junior year. He snuck the Red Storm into the NCAA Tournament and is back at the draft combine, this time to stick.

Ponds, slated as a late second-round pick in mock drafts, believes his stock will rise.

In his opening 5-on-5 combine game Thursday, the Brooklyn native who measured in at 5-11 ½ without shoes, put in eight points with three assists.