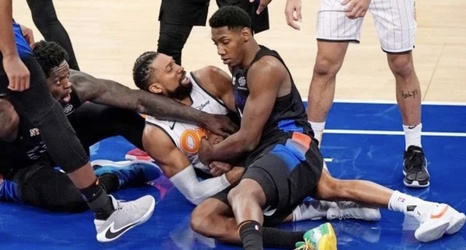 The New York Knicks went to their defense and their big guns when the going got tough to pull off an ugly 91-84 win Monday at The Garden.

Randle pumped in seven points and pulled two huge rebounds inside the final 1:33 that carried the Knicks to their second straight win.

The Knicks moved up to 7-8, a big turnaround from last season. It took them 28 games to reach seventh win last year.

But it wasn’t easy. The Knicks showed tremendous growth and a lot of fight to pull off the close win.