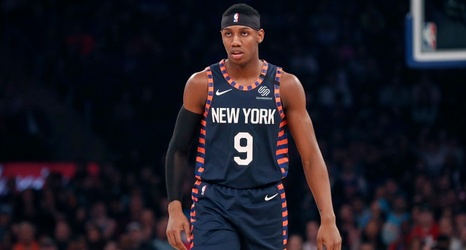 MILWAUKEE – Durability is not an advanced metric team executives fawn over. But it probably should be.

If there’s one area in which rookie RJ Barrett has not been heralded enough in an era of load management, it’s the rookie’s ability to stay healthy and battle every night. He’s had his ups and downs as the third pick in the NBA draft, but he never stops coming hard.

As the season hits the 41-game midway mark with the Bucks’ rematch Tuesday at Fiserv Forum, Barrett has missed just one game, due to an upper respiratory infection.

He’ll play his 40th game Tuesday and has not shown signs of slowing down.