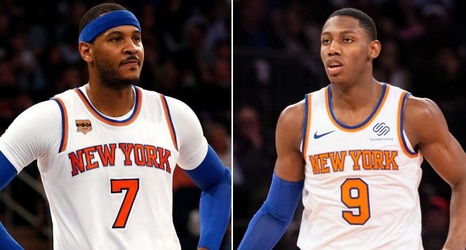 Five more observations from the Knicks’ first victory of the 2019-20 season – their 105-98 comeback over the Bulls.

1. RJ Barrett is not yet the shot-maker Carmelo Anthony became, but he’s got one undeniable similar trait beyond both being No. 3 picks in the draft.

The 19-year-old 6-7 sniper goes after his missed shots like a rabid pit bull – same as Anthony once did. Against Chicago, Barrett posted his first career double-double with 19 points and 15 rebounds – six on the offensive glass, half of them off his own misses.