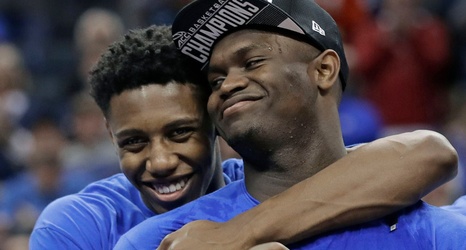 Be disappointed about not getting Zion Williamson if you want, Knicks fans. But you should also be excited about RJ Barrett.

There seems to be a dejected feeling among some fans about Barrett, that not only is he far inferior to Williamson but that he’s not much of a prospect, period, and that the fan base is only reluctantly accepting him. I’m just not sure what people aren’t seeing here.

So let’s look at it.

In 2012, Anthony Davis was the NBA draft’s first overall pick. He’s a once-a-decade talent. Fine. Let’s look at the top of the draft since then.