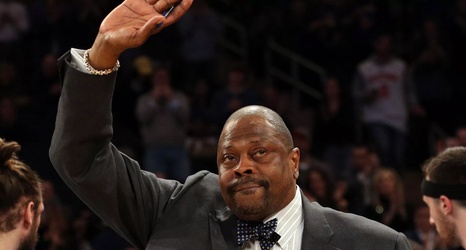 When news broke that legendary Georgetown coach John Thompson II died at the age of 78, I’m sure the thoughts of many Knicks fans turned to Patrick Ewing, Thompson’s greatest pupil and New York basketball legend.

It has been a rough few months for Ewing. He was hospitalized in May with COVID-19, and now he has lost his greatest basketball mentor. Thompson and Ewing won a national championship together in 1984 and then Ewing became the No. 1 overall pick with the Knicks in 1985. The big man put together a Hall of Fame career in New York before retiring to pursue a career in coaching.