NYK101 with The Professor: Is D’Angelo Russell a warning for the Knicks & Julius Randle? 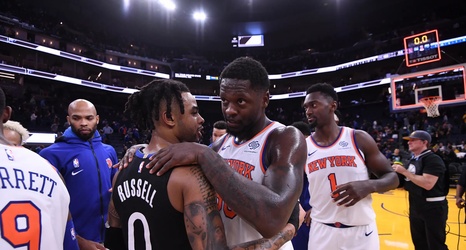 Hello, loves. Today’s NYK101 centers on the future. Maybe more than one future.

Surely you’re familiar with the story of the former lefty Laker lottery pick who put up decent numbers on the Left Coast, but nothing spectacular. How they hit their stride only after arriving in NYC. How they were named an All-Star and led their team to the playoffs after a years-long absence. No, I’m not talking Julius Randle. Not yet, anyway.