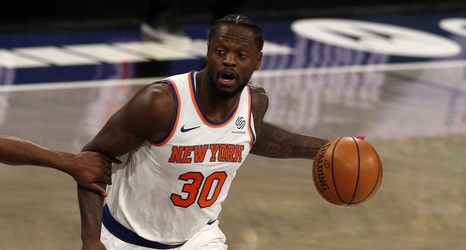 On Friday, April 16th, Knicks fans tuned into ESPN for a 9:30 eastern time tip-off only to find that the first game of ESPN’s Friday night double-header was running long. On the ticker, on the bottom right corner of their screens, Knicks fans found two faces previewing the second game of the night: Randle and Luka Doncic.

Max, why is this significant?

Because Julius Randle isn’t just having a fantastic season.