Ntilikina gem in win over Porzingis could be Knicks’ turning point 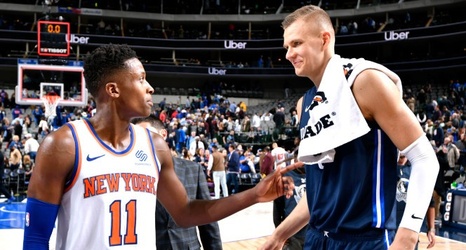 Perhaps this mammoth 106-102 Knicks victory in Friday night’s Porzingis Bowl against the Mavericks tastes a little bittersweet. That’s how good their ex-franchise player Porzingis looked in defeat through three-plus quarters before fouling out.

But the Knicks needed this one badly.

“This is a huge confidence builder,’’ coach David Fizdale said. “We needed to see the fruits of our labor.’’

As much as Porzingis piled on the points, finishing with 28, Dallas looked like it had just two players on the squad.