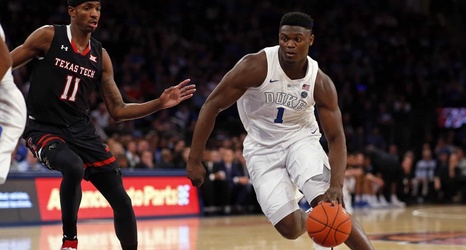 Any slight hope that the New York Knicks would somehow land Zion Williamson has been extinguished. According to Shams Charania of The Athletic, Williamson had a good meeting with the New Orleans Pelicans and had the Pels on his list of teams where he would like to start his career.

For some optimistic Knicks fans, there was hope that Williamson would flex his muscles and try to force his way to New York. However, Williamson won’t be doing anything of the sort.

Williamson’s stepfather spoke with ESPN Baton Rouge and dispelled any rumors that Zion did not want to play for New Orleans.