New York Knicks: Why missing on Zion was a blessing for him and the fans 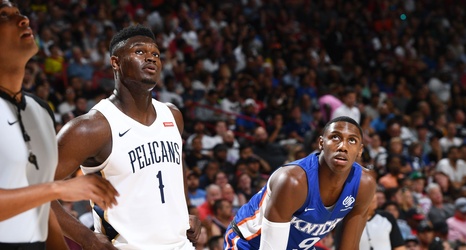 Let me take you back to the 2019 NBA Draft Lottery. Knicks fans were hoping and praying for the Ping Pong balls to roll in their favor so that they could land what they thought was going to be the best thing that ever happened to their franchise, Zion Williamson. Even when he was injured for multiple games at Duke after bursting out of his shoe during a game against North Carolina, fans still thought that he was the savior of the organization. Then, the unthinkable happens for Knicks fans and if they couldn’t get any worse luck, they slide to the Third Overall Pick in the draft.