New York Knicks: Who will help RJ Barrett the most in reaching his potential? 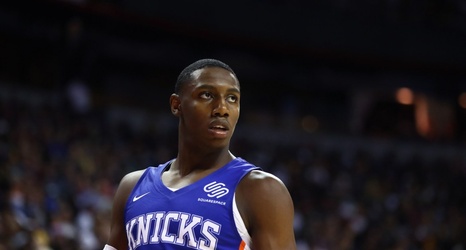 When the New York Knicks drafted RJ Barrett with the 3rd overall pick in the 2019 NBA draft, they received one of college’s most dynamic players. His efficiency in the paint and driving to the rim makes him an exciting prospect for the Knicks and their future.

At 6-foot-7, the forward will begin his rookie season as a starting option. However, he has plenty of challenges to overcome and will face adversity in his first season as a professional. The physicality and speed of the NBA will require him to not only grow physically but mentally.