New York Knicks: Who are the expiring contracts for 2020? 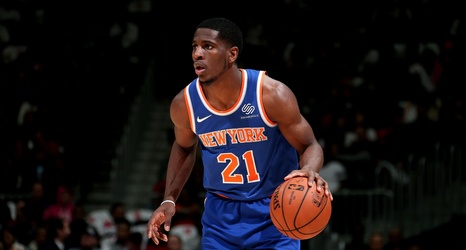 Most of the 2018-19 NBA season was consumed by the cap space discussion for the New York Knicks. They even moved Tim Hardaway Jr. and Courtney Lee‘s contracts to help clear money for the 2019 offseason, which ended up not producing any star free agents. Instead, they signed seven others to fill out the roster for the 2019-20 campaign.

Eventually, 2020 free agency will become a topic, with the focus on how much money the Knicks can spend. It stems from the contracts that will leave the payroll, including a few familiar faces and most of the recent free-agent class: