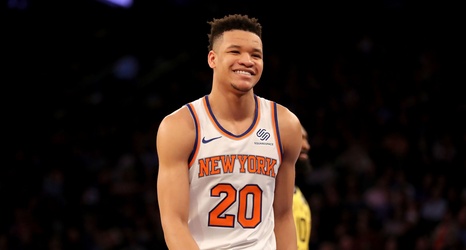 The New York Knicks have an intriguing group of youth for the 2019-20 NBA season. Led by players like RJ Barrett and Mitchell Robinson, these players will lead the team through the year and into the future.

However, a player who was in a bigger position last season, Kevin Knox, New York’s 2018 first-round pick, remains with the team. His inconsistent rookie year was drowned out by Robinson, as he finished with 12.8 points and 4.5 rebounds on 37 percent shooting and 34.3 percent on three-pointers.

Knox was just 19 years old, though, and room for improvement exists in his sophomore campaign.