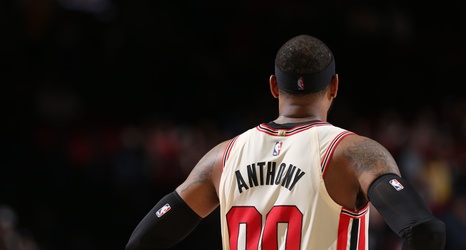 On Tuesday, the New York Knicks begin a trip out west, starting with a matchup against the Portland Trail Blazers. They will remain outside of the eastern time zone until Dec. 17, so late starts will be prevalent over the next week.

With this game against Portland, who are the players to watch from both sides? Let’s take a look:

It’s hardly Carmelo Anthony‘s first game against the Knicks since leaving in September 2017, but matching up against his old team will always trigger the memories of 2011-17, when he ran New York basketball.