New York Knicks: The Transition Game Must Become a Strength For Kevin Knox 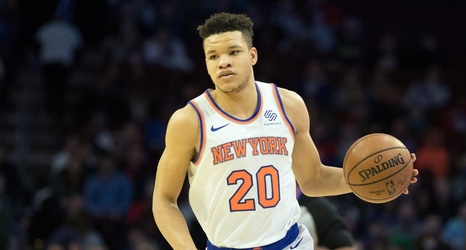 Former Hall Of Fame forward Bernard King explained the importance of running the floor and attacking the basket to Kevin Knox. He told Knox to attack the rim when driving the lane instead of fading off to the side trying to avoid contact. Knox was also notified that strength and conditioning will help him attack the basket strongly, which will create fouls on his opponents often.