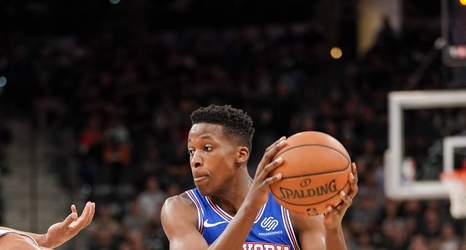 The former New York Knicks superstar Kristaps Porzingis made his anticipated return to the Garden last night. The fans welcomed Porzingis back with a lot of trash talk, chants and boos all game.

Porzingis said that he “understands” why Knicks fans would be upset with him but that’s besides the fact anymore. Moving on. The Knicks won the final game of the 2 game series against the Dallas Mavericks and you would have thought it was a playoff game, 106-103.

The New York Knicks came out with a lot of fire but the crowd even more on one.