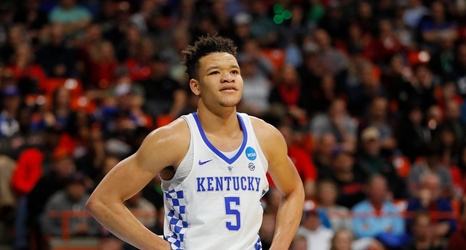 The 2018 NBA Draft is less than a week away which means the mock drafts are ramping up. ESPN draft expert Jonathan Givony made a change in the latest mock for the New York Knicks. New York is now taking Kevin Knox instead of Colin Sexton; their choice in ESPN’s prior edition.

The Knicks have been linked to some intriguing prospects in the time leading up to the draft, but Knox has caught on recently following his workout. According to ESPN’s Ian Begley, Knox impressed the Knicks during his group workout that included Miles Bridges.