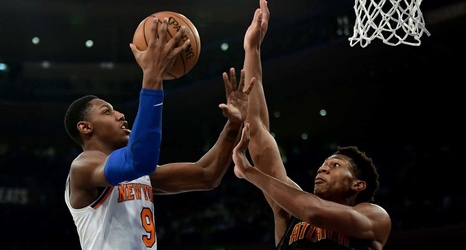 After Monday’s practice, New York Knicks coach Mike Miller had some nice words to say about rookie RJ Barrett’s approach to the game. As reported by Ian Begley of SNY, Miller noted that Barrett’s strong mindset has been clear since the Summer League.

“It stands out. I think he’s unique. That’s one of his skills,” Miller said. “It’s things that can be taught and learned with experience but he walks in as a young guy and he has that. You have to give him credit and the people that have worked with him and how he has developed that at a young age.