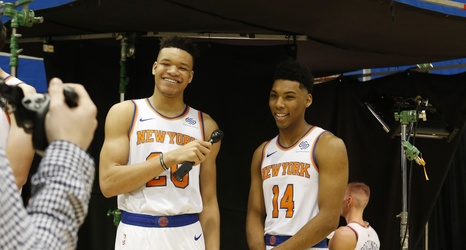 On Monday, the New York Knicks held their annual Media Day. Players and team personnel spoke on free agency, expectations for the upcoming season and more. After the press finished with president Steve Mills, general manager Scott Perry and head coach David Fizdale, it was time for the players to take the microphone at the team’s practice facility.

The guys were brought in and were basically asked the same questions. Here are excerpts of some of the most important remarks made by them. If you want to see their entire interviews, just click on their name. If you notice, they all agree the most important thing is to win.