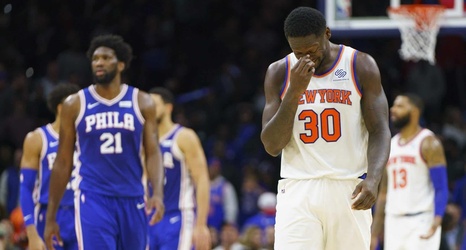 They say that “close” only counts in horseshoes and hand grenades but, if you’re a New York Knicks fan, you’re starting to lose patience for moral victories.

Despite the loss and the fact that the Knicks may not have the record to show it, they have been playing some good basketball over the past few games. Going into the northeast matchup, the 76ers certainly had the edge in talent and previous head-to-head contests, winning eight straight games against the orange and blue.

But credit these Knicks for coming into the game with some grit and swagger.