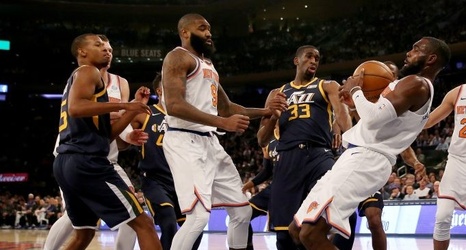 The New York Knicks legend thinks that Melo’s past may have something to do with his current status as a free agent.

“Well you know with your past,” Frazier told Brandon Robinson of Heavy.com. “People will say that he was arrogant at one point in his career and the way of getting revenge or something.”

Anthony’s recent stops with the Oklahoma City Thunder and Houston Rockets didn’t work out as planned.