New York Knicks: Kevin Durant rumor roundup as of May 6 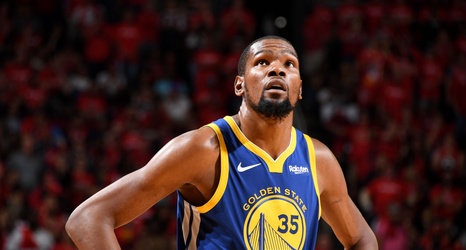 A 17-65 season for the New York Knicks was overshadowed by the future, and not just a high draft pick. Kevin Durant, arguably one of the NBA’s greatest players ever, was linked to signing with them before the 2018-19 could get underway.

The noise never stopped, even after two straight championships and another good regular-season run with the Golden State Warriors.

In fewer than two months, Durant will hit free agency and become one of many star-studded subjects of this class. His decision will not only impact the Knicks and Warriors, but other teams around the NBA.