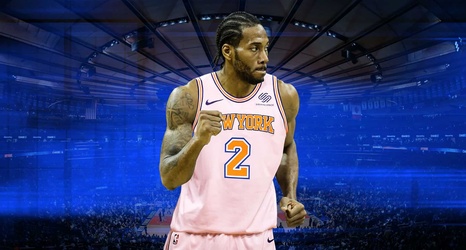 The first big bombshell of the NBA offseason dropped on Friday afternoon and the New York Knicks certainly took notice. Kawhi Leonard reportedly wants out of San Antonio after an injury-plagued season. There is obviously some friction between the organization and the superstar.

As soon as the news broke, ESPN’s Ian Begley reported that “people close to Leonard have expressed a desire for Leonard to play in New York.”

Leonard in a Knicks uniform is certainly a tantalizing image, but it’s not a trade the Knicks can afford to make right now.