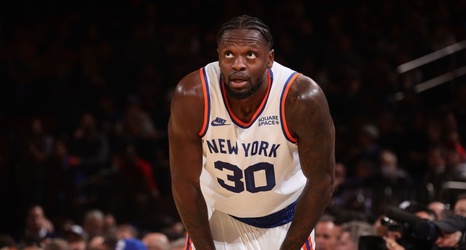 New York Knicks All-Star forward Julius Randle has entered the league's health and safety protocols and will not play against Oklahoma City on Friday, the team announced.

Randle, who is averaging 19.3 points, 10.0 rebounds, 5.0 assists and had played in every Knicks' game this season, played in Wednesday's 94-85 victory against the Detroit Pistons.

Randle, 27, was limited to five points on 2-for-11 shooting in the victory vs. Detroit, which was playing with just four players from its usual 15-man roster because of a COVID-19 outbreak.