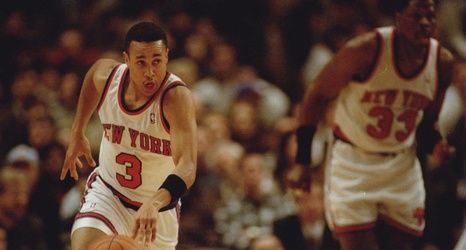 The biggest surprise of the 2019 NBA offseason was superstars Kyrie Irving and Kevin Durant picking the Brooklyn Nets in free agency. The New York Knicks and Los Angeles Lakers were among the other teams believed to be in contention for the duo.

Starks was in attendance supporting Derek Jeter at his annual Turn 2 Foundation Gala, held annually in Manhattan. He spent nine seasons with the Knicks from 1990-98. Starks is also the Knicks all-time leader in 3 pointers made.