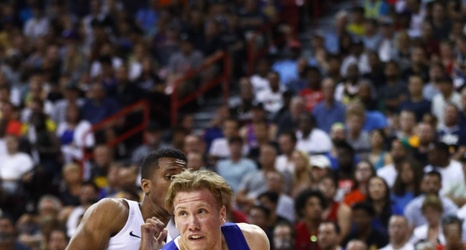 New York Knicks rookie Ignas Brazdeikis is ready for the bright lights of Madison Square Garden. More importantly, Iggy Braz is ready to prove himself right. He could care less about the doubters. Doubters hold no weight in Iggy’s world. The second round gem sees himself as his greatest competitor. The Knicks found themselves a second-round sleeper who understands himself off the court, and he allows his game to speak for itself. Plus, according to RJ Barrett, Brazdeikis beat the New York Knicks 2019 third overall pick in a one-on-one pick-up game very badly during the time they were 8-year-old’s in basketball camp.