New York Knicks hold on for win over Detroit Pistons 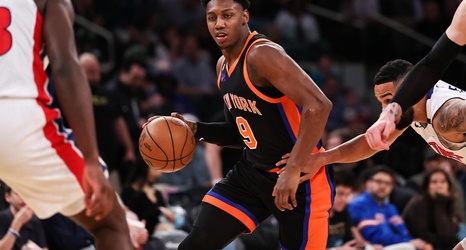 Julius Randle chipped in 21 points for the Knicks, who have won two of their last three games.

Barrett shot 10 for 17 from the field and finished with five assists and five rebounds to help New York bounce back from Wednesday night's 112-83 loss at Brooklyn.

"We played hard from the beginning. We got up to a lead and kind of kept that throughout the game," Barrett said.