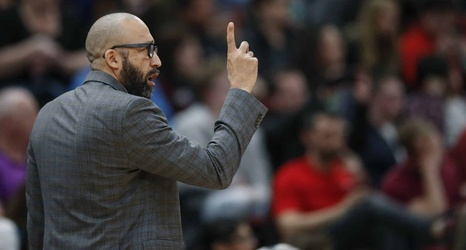 Drawing up winning plays in clutch situations is a hallmark of almost every head coach. Unfortunately for and the , they didn’t have too many chances to hit clutch shots late in games.

Knicks fans had an opportunity to see Fizdale draw up a winner in just his third game as head coach, but Trey Burke botched the inbounds pass. It resulted in a broken play and three free throws for Burke, but Fizdale refused to let his point guard take the blame for the play.

“Oh, I stunk that play up,” Fizdale said after Burke missed two of the three free throws en route to a loss.