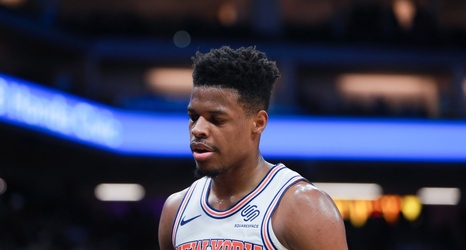 When the New York Knicks began the 2019 off-season, their expectations were high, and the potential for securing a superstar player was optimistic. That entire ideology quickly took a turn has Kevin Durant and Kyrie Irving signed with next-door neighbors, the Brooklyn Nets.

Missing out on two players that could have revolutionized the Knicks’ franchise and drag them out of the dark ages was a hard pill to swallow. However, the Knicks didn’t allow that to dampen the mood and quickly began to filter out second-tier free agents. They brought in players like Julius Randle, Marcus Morris, Reggie Bullock, Wayne Ellington, and Bobby Portis to help solidify the roster and begin to develop an identity in the NBA.