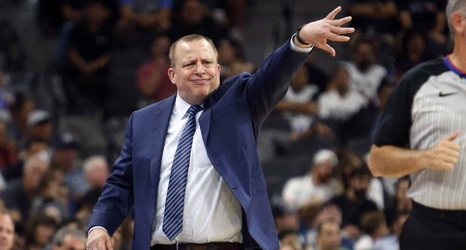 The long-awaited New York Knicks coaching hire came to fruition with a five-year deal for former Coach of the Year Tom Thibodeau. The signing, executed by new team president Leon Rose, received praise by many, but not all responses were positive ones. NBA veteran David West voiced his displeasure with the hiring.

The 15-year veteran told The Athletic that observing how poorly Thibs managed the locker room turmoil in Minnesota during his three-year stint as head coach led to his belief that Thibodeau is not the right man for the job in New York.