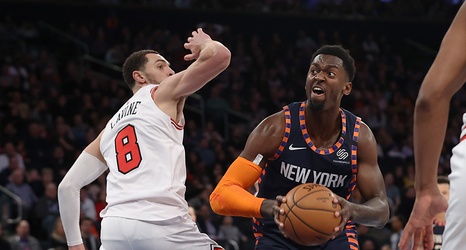 The New York Knicks’ roster should be in for some big changes this offseason. The Knicks filled out their team last summer with veteran signings. The team has strategized the past year to have cap flexibility going forward, and it could lead to major shifts in the roster next season.

No one has stood out

The only player that the Knicks acquired last summer who exceeded expectations was Marcus Morris Sr., who the Knicks wisely traded at the deadline for a first-round pick.

That isn’t to say some of the Knicks’ veterans haven’t had good spurts of contribution.