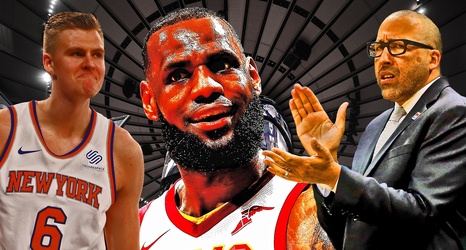 NEW YORK, NY—The New York Knicks earned a stunning victory on Thursday complete with a fourth-quarter comeback and a controversial ending. Down two with the final seconds ticking away, Evan Fournier turned the ball over, dooming the Orlando Magic.

Magic head coach Steve Clifford was incensed at the referees, but it was unclear whether or not he wanted a foul call or a timeout. In fact, the refs missed both calls.