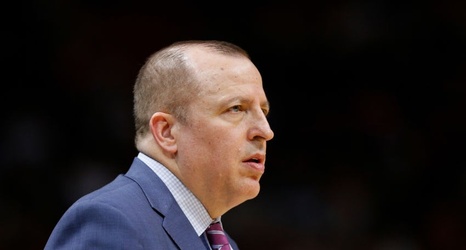 MIAMI, FL - DECEMBER 30: Head coach Tom Thibodeau of the Minnesota Timberwolves looks on against the Miami Heat at American Airlines Arena on December 30, 2018 in Miami, Florida. NOTE TO USER: User expressly acknowledges and agrees that, by downloading and or using this photograph, User is consenting to the terms and conditions of the Getty Images License Agreement. (Photo by Michael Reaves/Getty Images)

Tom Thidodeau’s hiring as the head coach of the New York Knicks has drawn a mixed reaction. Here are three things fans can bank on.

Fans of the New York Knicks have been trapped in basketball purgatory for what feels like an eternity.