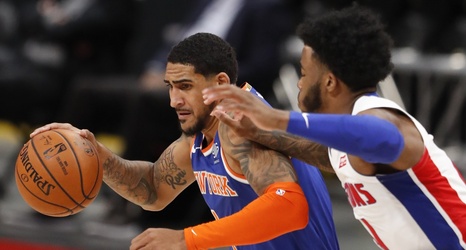 The New York Knicks are having an arbitrary season, showing a lack of consistency and then blowing up against the Boston Celtics following a five-game losing streak. At 6-8, the Knicks are just good enough to demand some respect — against the Celtics on Sunday afternoon, they showed what they’re capable of doing against quality teams.

They posted 105 points against Boston, who entered the game with eight wins and three losses. New York’s defense was phenomenal, holding their opponents to just 75 points, with the majority coming from starting shooting guard Jaylen Brown. The Knicks, however, saw contributors from the starting roster all the way to their depth from the bench.